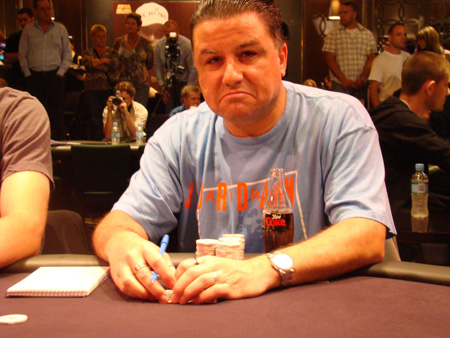 While he was in Israel, Elezra was a lieutenant in the Golani Brigade. He was bedridden by a leg injury; during this time he began playing poker.

Since moving to America, Elezra has made numerous money finishes in the World Series of Poker (WSOP) in Omaha, Texas Hold 'em and Draw events.

Elezra has played in "The Big Game" in Vegas for many years. He appeared in the second and third seasons of the Poker Superstars Invitational Tournament. He is currently playing in the GSN series High Stakes Poker.

According to an episode of the GSN show High Stakes Poker that aired in 2006, Elezra donated $50,000 to complete a gym for his former commando unit.

Elezra won his first bracelet by winning the World Championship Seven Card Stud Hi-Low in the 2007 World Series of Poker after defeating Scotty Nguyen heads-up. Before the event Elezra had made a side bet with Barry Greenstein laying 10:1 odds that he would win a World Series Bracelet in 2007. He had made the bet for $25,000 and collected $250,000 for his win, resulting in more money than the first place prize in the event that he won.[1]

He recently became a Full Tilt Pro after years of playing on the site and has his own H.O.R.S.E table.[citation needed]

Community content is available under CC-BY-SA unless otherwise noted.
Advertisement